BAT REMEDIATION: WHAT TO DO WHEN YOU HAVE A BAT INFESTATION

Bats are highly beneficial in the wild and do great things for the ecosystem. Although, they can become a real nuisance if they decide to take up residence in your home. Come read and learn more about removing bats, and why cleaning up after them is best left to professionals.

Blog information is NOT intended to provide or replace medical advice. NO information on this site should be used to diagnose, treat, prevent or cure any disease or condition.

*As an Amazon Associate we earn from qualifying purchases.

Suggestions for products to use are just that, suggestions. You know yourself and your home best. Please do your own research on any product you use in your home or on your skin, and learn all the facts for yourself. Thank you.

WHY BATS ARE BENEFICIAL

Bats consume large quantities of insects, including pesky mosquitoes. In fact, bats can consume half their own body weight in insects each night! In certain areas, such as the southwestern US, African savanna, and tropical regions of the world, bats are vital for the pollination of flowers and dispersal of seeds. Bat feces, called guano, are valued as an important fertilizer throughout much of the world. The fertilizer has been treated to eliminate pathogens associated with the bats, the bat guano in your home has not! Keep reading to learn more about diseases associated with bats.

GET RID OF BATS WITH A WILDLIFE CONTROL SERVICE

The first thing to do, if you discover bats in your home, is to call a wildlife removal company. A quick internet search will yield several companies that specialize in these services.

Bats must be removed from the home and prevented from returning before cleanup can begin. Bats are protected by state and federal law, making it unlawful to kill them. Wildlife control companies have methods of removing bats from your home that will safely and humanely keep them from returning.

Bats are difficult to catch and remove yourself. Ever try to catch a bird in your house? It’s really difficult to catch anything that flies! Bats also carry diseases such as rabies, histoplasmosis, SARS, Ebola, and many, many viruses. Not all bats carry all these diseases. The most common diseases bats carry in the Southeast USA are rabies and histoplasmosis. To learn more about bats and how they are vectors of disease check out: Bats’ immune defenses may be why their viruses can be so deadly to people.

Once the bats are gone, you must ensure that they will not be able to gain access to your home in the future. Bats have a strong urge to return to the same roosting spot year after year, so exclusion is a necessity, especially when that spot is in your attic! Exclusion involves closing the openings of your home the bats have used to gain access. A wildlife removal company should be able to perform exclusion services at the time of removal, or if you wish to DIY, show you the entry points the bats have been using.

CLEAN UP THE MESS WITH BAT REMEDIATION

Don’t make the mistake of thinking the bats are gone, problem solved. Removing the bats is only the first half of the process. Now that the bats are gone, the cleanup can begin. Unlike many animals, bats urinate and defecate where they sleep, which could mean your attic or your walls. Bat guano can be very dangerous to your health. Exposure to a fungus associated with bat guano can lead to a lung disease called Histoplasmosis. In some people, histoplasmosis may cause no symptoms  at all, but severe infections can be life threatening. Disturbing the bat’s feces can stir the spores of the fungus causing them to enter your lungs. To learn more go to: Histoplasmosis – Symptoms and causes.

A typical bat infestation remediation involves the removal of guano, attic insulation and often ceiling and/or wall drywall that has come into contact with bat feces and urine. A bat remediation should follow a similar protocol to a mold remediation or an asbestos abatement. 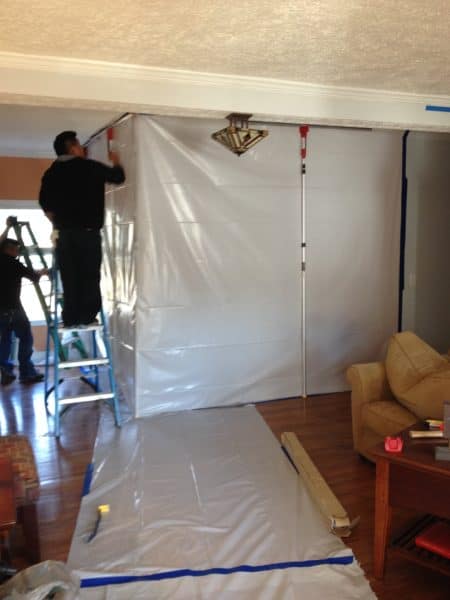 Steps should be taken during cleanup to prevent the spread of guano and contaminated building materials to unaffected areas of the home. These steps, performed by a specialized remediation company, include: 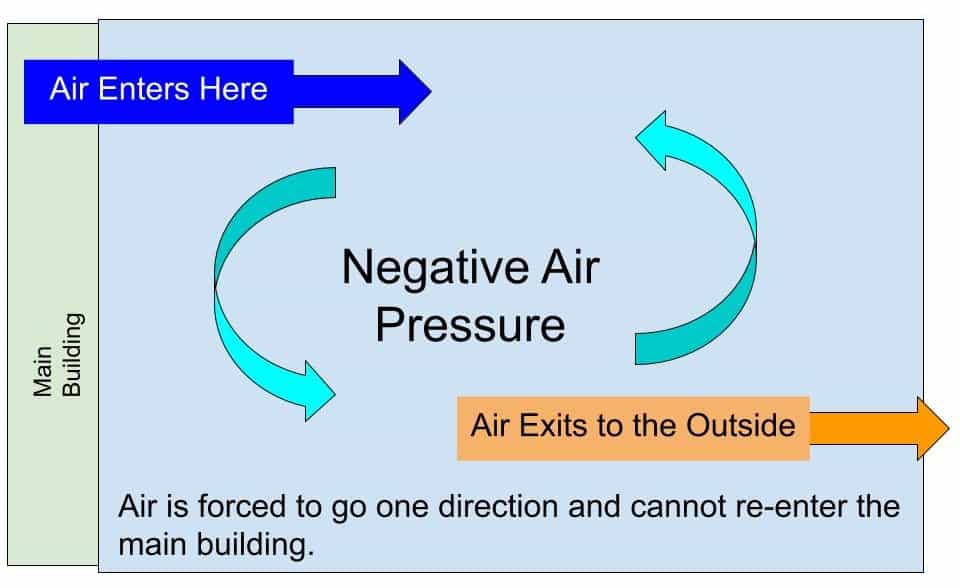 As an added precaution, the remaining building materials can be encapsulated before reconstruction begins.

WE’RE HERE WHEN YOU NEED US

Call Branch Environmental. We have performed numerous bat remediations over the years. We have the skills and experience to safely and thoroughly remediate your bat infestation. If you know or suspect that you have bats, call a wildlife removal company today. Once the bats are gone, contact Branch Environmental to safely and effectively clean up the damage. From hidden mold sources to major contaminants, we can identify exactly what is going on in your home and rid it of environmental toxins, often for good.

WHEN MOLD IS WORSE THAN ALLERGIES

WHEN MOLD IS WORSE THAN ALLERGIES

THINK YOU HAVE A MOLD PROBLEM?

Join Thousands Of Other Customers Who Have Already Eliminated Toxins From Their Homes, And Their Lives.