MOLD AND MYCOTOXINS: EFFECTS ON THE BRAIN AND NERVOUS SYSTEM IN ADULTS

Mold is very common, and can live in almost any indoor environment including: office buildings, homes, skyscrapers, and more! Any time there is even a tiny bit of moisture, mold can grow. The smallest leak can cause mold to grow in your home or office.

Why should it matter if mold grows? Mold causes serious indoor air quality problems and can make you very sick. Even healthy adults who do not have allergies or asthma can be affected by mold and poor indoor air quality. It is now known that mold causes mental health problems as well as allergy and asthma symptoms.

EFFECTS OF MOLD ON THE BRAIN

Generally when people think about the effects of mold, they think of allergies and asthma such as sneezing, wheezing, and itchy eyes. However, certain molds can also be harmful to your health. So where is the line between an allergic mold and a toxic mold? The line is defined by something called a mycotoxin.

Mycotoxins, literally ‘fungus poison’ in Latin, are secondary metabolites that can be produced by molds, and are not living organisms. They are a byproduct of mold. Not all mold spores produce mycotoxins, but some do. So the molds that produce mycotoxins are the ones that could be categorized as ‘toxic.’ When mycotoxins have been in your body for a period of time, you can develop mycotoxicosis or ‘poisoning resulting from exposure to fungal toxins.’

(Note: We have included a glossary of terms at the bottom of the post for your convenience. )

In a 2010 study, visual-spatial tests, verbal learning tests, and hand-eye coordination tests were used to determine if patients that were exposed to mold had impaired brain functioning compared to people who had not been exposed (Baldo, J. V. et. al., 2010). Visual-spatial tests are tests that are designed to test how well a person sees, analyzes, and understands the word around them. Verbal learning tests were performed to determine how well people process verbal information. Hand-eye coordination tests (psychomotor speed) determine how quickly a person can detect and react to changes in his or her environment. Patients that had been exposed to mold scored significantly lower on all the tests than people who had not been exposed to mold (Baldo, J. V. et. al., 2010).

In separate studies, patients exposed to mold could not walk in a straight line with their eyes closed or stand on their toes, and suffered from short-term memory loss (Rea, W. J. et. al, 2017). A study in Arizona (Crego, B. R., et. al. 2010), even said that people exposed to multiple mycotoxins had brain impairments similar to people who have mild traumatic brain injuries! Patients exposed to mold are also more likely to experience headaches, muscle fatigue, bronchitis, depression, anxiety and other cognitive impairments (Ratnaseelan, A. M., et. al. 2018).

Just one of these many problems from being exposed to mycotoxins is scary enough! Here at Branch Environmental, we want you to have the knowledge and the tools to prevent mold growth and protect your family. Because nobody should live or work in a building that makes them sick.

HOW AND WHY DO MOLDS GROW?

Molds need four things to grow: oxygen, moisture, a food source, and warmth. Molds are fungi which are unique organisms. Fungi grow from microscopic spores that are everywhere in the air. Molds are found everywhere in nature, and are important for recycling organic matter (such as leaves). The recycling process they perform returns nutrients to the soil, and is important for plants to grow.

Fungi are unique in that they digest their food outside their bodies before ingesting the nutrients. Partially because of the exterior digestion, molds produce mycotoxins which can make you exceedingly ill. 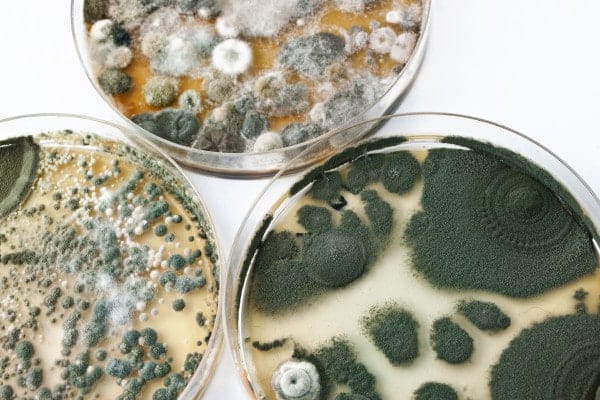 Basic home maintenance and inspection are key to preventing mold growth. Remember, fungi need four things to grow: oxygen, moisture, a food source, and warmth. It is difficult to significantly change the temperature or remove oxygen from a room. (We have to breathe after all!) Not to mention, that fungi can digest almost any organic material (anything made of carbon). The best way to stop mold growth is to prevent moisture buildup.

Home owners can prevent moisture buildup by ventilating areas in the home that have high moisture content including bathrooms, kitchens, laundry rooms, and crawl spaces. 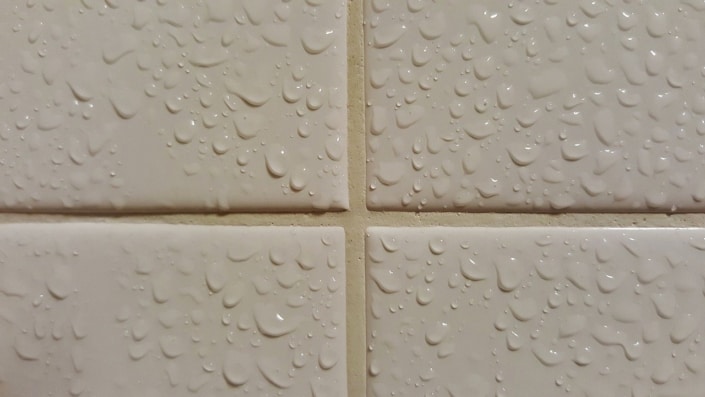 WHEN TO CLEAN. WHEN TO CALL.

Indoor mold growth can be prevented by controlling moisture and controlling humidity indoors.

You may be able to clean surface mold on the walls, ceilings or floors of your home that are less than ten square feet by using gentle detergents, vinegar, and water. For more information about cleaning mold yourself go to: A Simple Guide to Cleaning Mold.

If you see areas larger than ten square feet, or there is a musty smell you can’t identify, it may be time to call a professional.

WE’RE HERE WHEN YOU NEED US.

Call Branch Environmental. We’re experts not only at mold removal, but at determining and remediating the underlying causes. From hidden mold sources to major contaminants. We can identify exactly what is going on in your home and rid it of environmental toxins, often for good.

THINK YOU HAVE A MOLD PROBLEM?

Join Thousands Of Other Customers Who Have Already Eliminated Toxins From Their Homes, And Their Lives.